Every Halloween there are a few films I love to watch, and among the cheesy old horror schlock and the classic thrillers, there is one classic that’s a must see every year: Ridley Scott’s Alien. This film combines elements of slasher films, haunted house stories, and body horror to tell a wholly engrossing and terrifying tale. The crew of the spaceship Nostromo encounter a mysterious alien crash site on a distant planet. After a hideous organism latches to the face of one of their party and he is taken back on board for medical treatment, an viscous creature bursts from his chest. This new alien swiftly matures and hunts down the remaining crew one by one. With little hope against this fearsome beast, the crew are desperate to kill it, or otherwise escape the ship.

END_OF_DOCUMENT_TOKEN_TO_BE_REPLACED

This time we take a look at a third party light gun for the 16-bit era, the Konami Justifier. In the past, most peripherals for the 8-bit systems had little in the way of competition. Ideas like the Power Glove and LJN’s Rollin’ Rocker were major flops in their own right, so no one wanted to copy them, while others like the NES Power Pad had potential that was not fully realized until the home version of Dance Dance Revolution came around. On the whole though, most systems that had a light gun had just one designed in house. The NES had the Zapper, the Sega Master System had the Phaser, and later the Saturn had the Stunner. But when the Justifier came around things got a little complicated.

END_OF_DOCUMENT_TOKEN_TO_BE_REPLACED 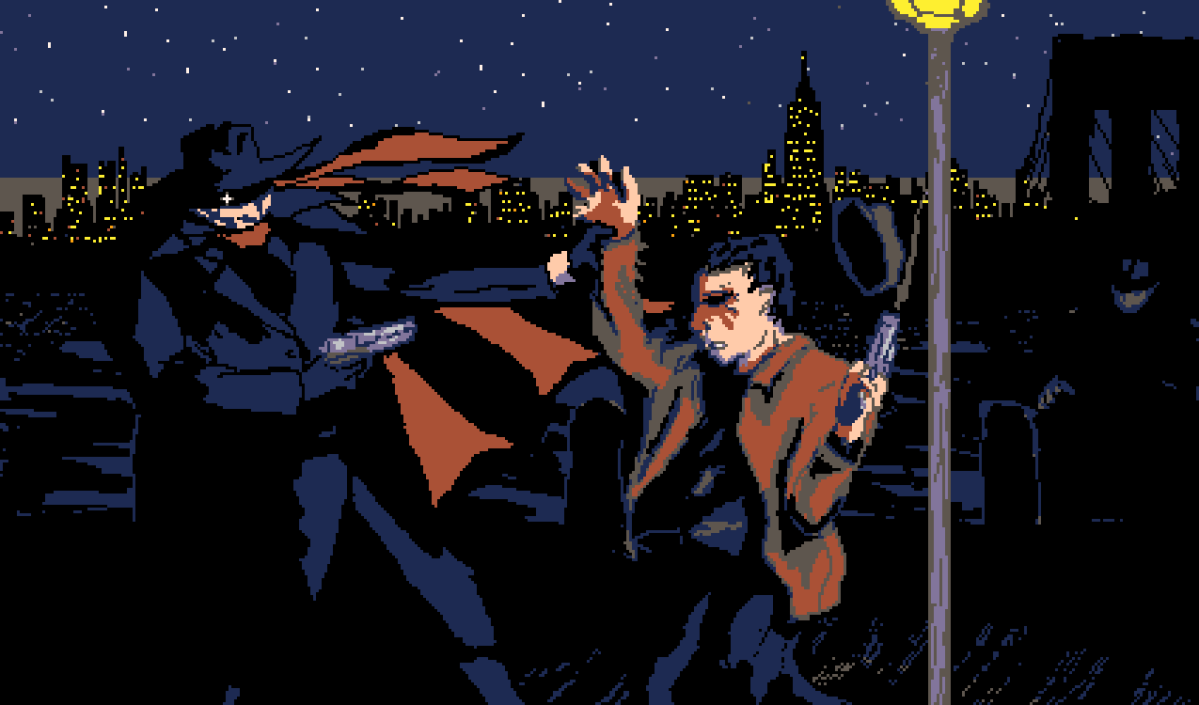 There is a growing crowd of super heroes in comics, video games, and movies. Between the classic DC and Marvel heroes and the heroes of independent press comics like Dark Horse and Image comics, there’s a hero, anti-hero, or villain for everyone. Personally, I’ve never had any one favorite hero, but I’d always been partial to Spider-Man and Batman. However, a new hero fell into my sights after a trip to the library and the discovery of a video game that never really existed.

END_OF_DOCUMENT_TOKEN_TO_BE_REPLACED

Notice: Apologies for the delay in reviews this last month. Things should be moving at a steady pace once again with weekly Saturday reviews.

A book cover, movie poster, or game box art can say a lot about what you can expect from a product. It can also say absolutely nothing at all. While the old adage is true, you can’t judge a book by its cover, that won’t stop some covers from having an impact. A book cover can affect how you imagine the world described within, a movie poster can set your expectations for what you’re about to see, and sometimes a game’s box art can leave you utterly dumbfounded. Enter 1992’s The Lawnmower Man.

END_OF_DOCUMENT_TOKEN_TO_BE_REPLACED

Almost every film version of Bram Stoker’s classic novel Dracula has deemed it necessary to change major elements of the plot. The original Universal film changed names, character motives, and omitted major events. The Hammer film Horror of Dracula remained closer to the book, but still changed major plot points and names. Some more recent pictures have deliberately set out to change things in order to keep the story fresh, such as Dracula 2000, in which the Count is really Judas Iscariot, cursed by god to live forever, or Dracula Untold, wherein Dracula is really Vlad Tepes, a Romanian nobleman who willingly took on the vampire curse to save his people.

END_OF_DOCUMENT_TOKEN_TO_BE_REPLACED

Growing up I never saw very much of PC gaming. I was mainly exposed to consoles in those years, but whenever I visited a friend or relative I was always excited to see new games, no matter what they were on. One day I recall visiting an Uncle’s home and him showing my brother and I Prince of Persia on his computer. Although I did not remember the name and could barely even begin to figure how to play it, I was struck by the realistic movement of the characters. Years later, I rediscovered the game when its reboot, The Sands of Time, was released. I was totally in love with the game, and when I got a copy of the original on Gameboy, I played it until I memorized the whole thing. A few years later, after gaining access to a Super Nintendo, I found a version produced by Konami and was very impressed with the expansions made on the home console version. But one day, I was browsing a used game shop and came across a copy of Prince of Persia 2 on SNES. I had no idea there was a sequel, and bought it right then and there. However, I was grossly disappointed to find a strange, broken, mess of a game that was so bad I didn’t wonder that it was not remembered by fans. Rather upset, I returned the game and moved on to other things.

END_OF_DOCUMENT_TOKEN_TO_BE_REPLACED

This is focused on my pixel art, including the banner art from my reviews.